A Lens on Life 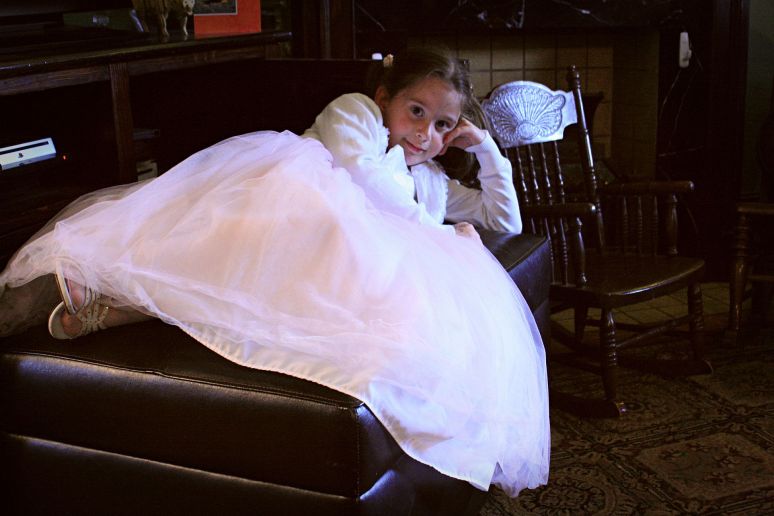 For the past couple months I’ve been asked about wedding and portrait photography, and why I don’t show too much of my work in those forms online. Some of my wedding work is on the blog, not the main site; as yet, and more is on my RedBubble page. I’ll be giving the main site a bit of a facelift in time. For now, here’s an introspective post in which I’ll show off just a little of the portraiture that I do. I hope it’s well received.

I’d like to be able to say that my mother or a teacher or a friend turned me on to photography. In actuality, I discovered my love for it on my own years before I even held a camera.

Preoccupied with drawing and painting sci-fi and fantasy from I was really small, I was also intrigued with the photographic images I saw in National Geographic and Life magazines. I always knew that one day I’d be making photographs as well as illustrating and graphic designing. I grew up poor, so I always had people telling me, “It’s an expensive thing to get into,” and that, “It’s highly technological and difficult to master,” as though they were trying to discourage me. I couldn’t be discouraged by their comments, though. I had to find a way to start shooting.

The first time I got to use a Single Lense Reflex camera was in high school. My art class was outfitted with a bunch of 35mm Pentax K1000’s; probably the world’s greatest introductory level SLR for the 80’s, and a wide range of lenses.

I learned how to shoot with b/w film, and then use changing bags to open film cassettes, and hand-develop the negatives without looking (when using those bags, it’s all feel or else you run the risk of exposing the negs to the slightest photon of light and loosing everything that you had photographed). I was taught how to develop and print my pictures in darkrooms; something that I previously would have only seen Magnum P.I. and other popular characters do on TV, and the importance of storing negs in categorized and labeled negative files.

I had great art teachers in those years. As much as I thought I respected them then, I look back now and realize how much I actually took them for granted as both the fine artists and quality human beings they truly were. I’m really ashamed of that because nobody forced them to become teachers. Despite all their talents, they chose a profession which enabled them to share their greatest skills and thoughts with ignorant, young but semi-reachable minds like mine. If it wasn’t for them, I wouldn’t have had the experience of using an SLR as early as I had, and that’s been beneficial to my development as a visual artist (slight digression: to think by comparison that, then and now, there are kids who are trained in how to strip down and reassemble assault rifles and how to kill people 2-3 times their ages with as much discipline and efficiency, if not more). 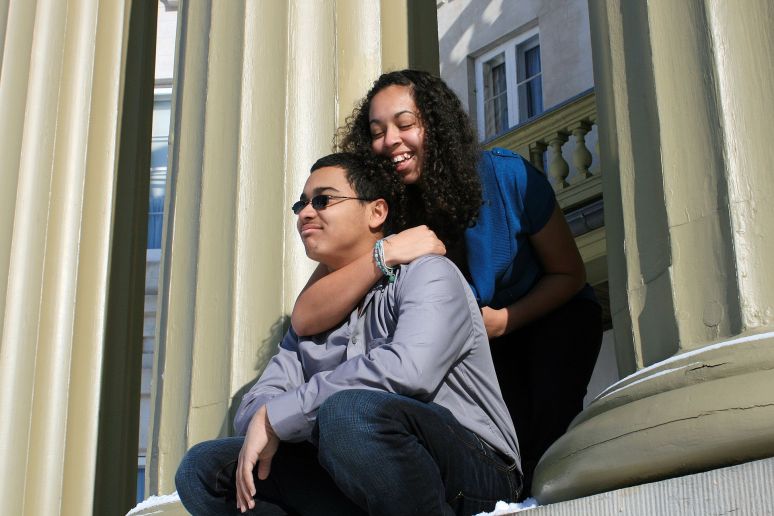 I think my grasp of using an SLR in high school was okay but far from great. As a naturally born illustrator, creativity had always been my sole concern but so much of the discourse on using SLR’s was about mastering technique through the technology. Nobody said to ignore creativity when using an SLR but in suddenly remembering what people had told me about it being hard to learn, I got myself so worried that I wouldn’t prevail that I made myself discard applying creativity as part of the learning curve. I let my own mind work against me and the result was that I didn’t even properly retain the lessons I learned on how to use an SLR.

Here’s the real essence of using an SLR: neither creativity nor understanding the camera’s functions is more important than the other. Both are equally important, and to use an SLR properly both must be considered and applied at the same time. The more a photographer does this, the better the photographer’s images become. This is technique.

Despite my difficulty, I was thrilled about the little I actually had accomplished with the SLR, and vowed to overcome my inadequacies.

My mother offered to buy me a camera for my 16th birthday. Knowing that what I wanted was beyond her financial means, I respectfully advised her to not worry about it. She insisted. So I told her that what I needed to learn and grow with was an SLR but they’re expensive. She sternly told me that she was the parent, and that I was to leave the financial concerns to her. So I obeyed, and for my birthday I was presented a Canon Sprint 35mm auto focus camera. I was grateful but not thrilled, and it showed. My next concern was the cost of film developing for all the pictures that I would take as I practiced being creative with an automatic camera—not an SLR.

After a year and some months of never using the camera, mum asked me why. I tried to explain to her that in using an automatic camera, I won’t be able to learn how to control nearly every element mechanically possible to making a picture of fine art. SLR’s allow one to do that whereas automatic cameras don’t because they do most everything for you. If I wanted to photograph something and keep the blue sky dark, an SLR would enable me to do that but the sensors of an automatic point-and-shoot would only make a general calculation of the entire scene and expose the negative flatly so that all picture elements come out relatively evenly exposed. The picture will look nice and technically accurate but it won’t show an artistic vision. She didn’t understand and I couldn’t get her there given my limited adolescent abilities to express myself.

I referred to the Canon Sprint as “rinky-dink”. BIG MISTAKE! How stupid of me! Impudent little whats-it-whats-it! The second I said it I knew that I had shoved both of my feet straight down my own throat. I felt horrible. It’s not that I didn’t mean it because that really was my opinion of the camera. I just didn’t want it to seem as though I didn’t appreciate her efforts to get me something that might help me in my quest to become a professional artist.

I’ve always known my mother to love the arts but never consider it practical to pursue as a career. For her, like many, the arts would make a fine hobby. She understood that there were many in the world that had successful careers as visual artists but although she tried not to say it outright, I could see that she didn’t believe that it was a way for any of her children to go. She let her real feelings slip one day during an argument with me. She said, “All you can do is draw!” To hear those words from my own mother cut like a knife.

So when I referred to the camera by that pejorative I felt so terrible because I had acknowledged that despite her misgivings about my stubborn aims to become an artist, and knowing that when she went to the shop she would realize that she couldn’t afford even the cheapest SLR that existed—despite telling me to not worry about the cost, she tried the best she could to help me realize my dreams. I wounded her with my words anyway.

I did use that camera for years after but not much. No matter how creative I was able to get with the Sprint, my development was held in check by my reliance on a tool that was itself highly limited in how it could be used. I had to be patient and stay focused on developing my skills as an illustrator, graphics designer and writer before I could afford an SLR, lenses and other photography equipment of my own. I had to cool my jets until I could finally be able to concentrate on photography. 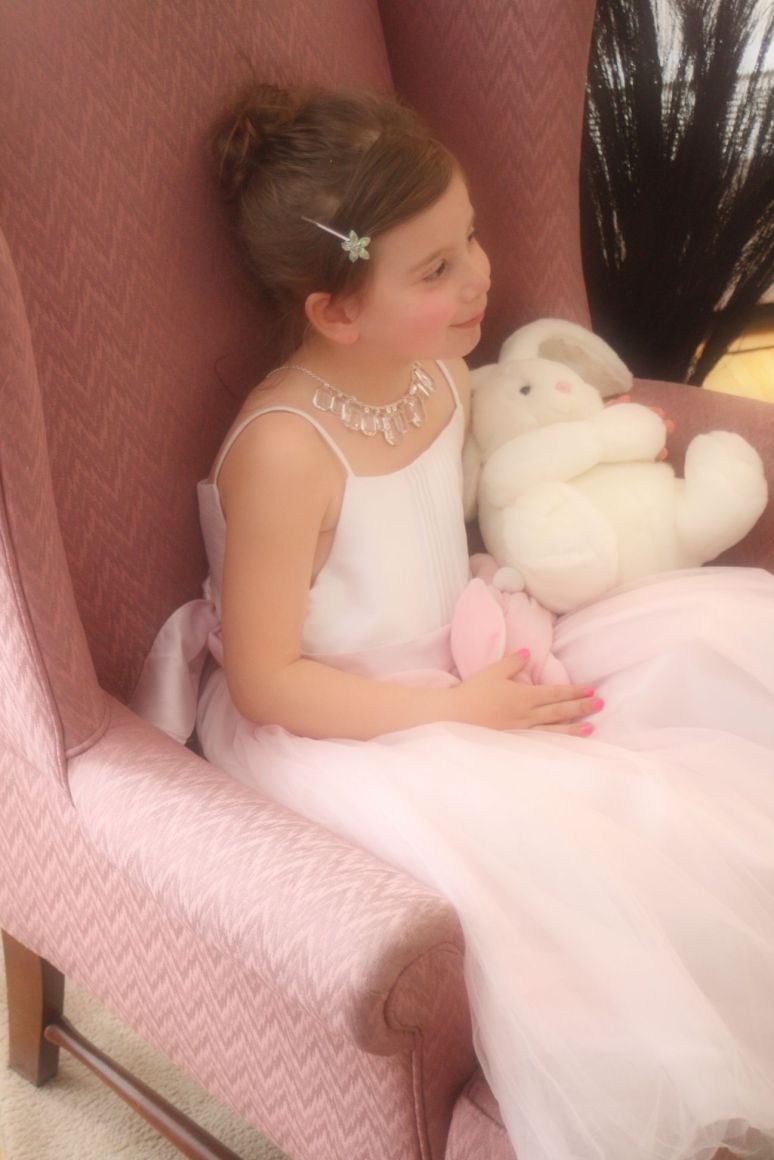 It was years before I owned my first 35mm SLR and was able to relearn artistic photography; making pictures not taking pictures as Ansel Adams once said, but I dove into it. I began marketing my work with small but growing success. Some more years later, I became the proud owner of my first DSLR. Then I started collecting lens filters, strobes, umbrellas, PocketWizards and more.

My dream was still very much alive. Have you ever experienced anything like what I’m saying? What a feeling.

In 2009, my mother asked me to photograph her so that she could send the picture to an African child she had been sponsoring. I had also been asking her to pose for me so that I could get a recent image of her. I had just bought some new lighting equipment and umbrellas in the previous few months so I took some of it up to her place. 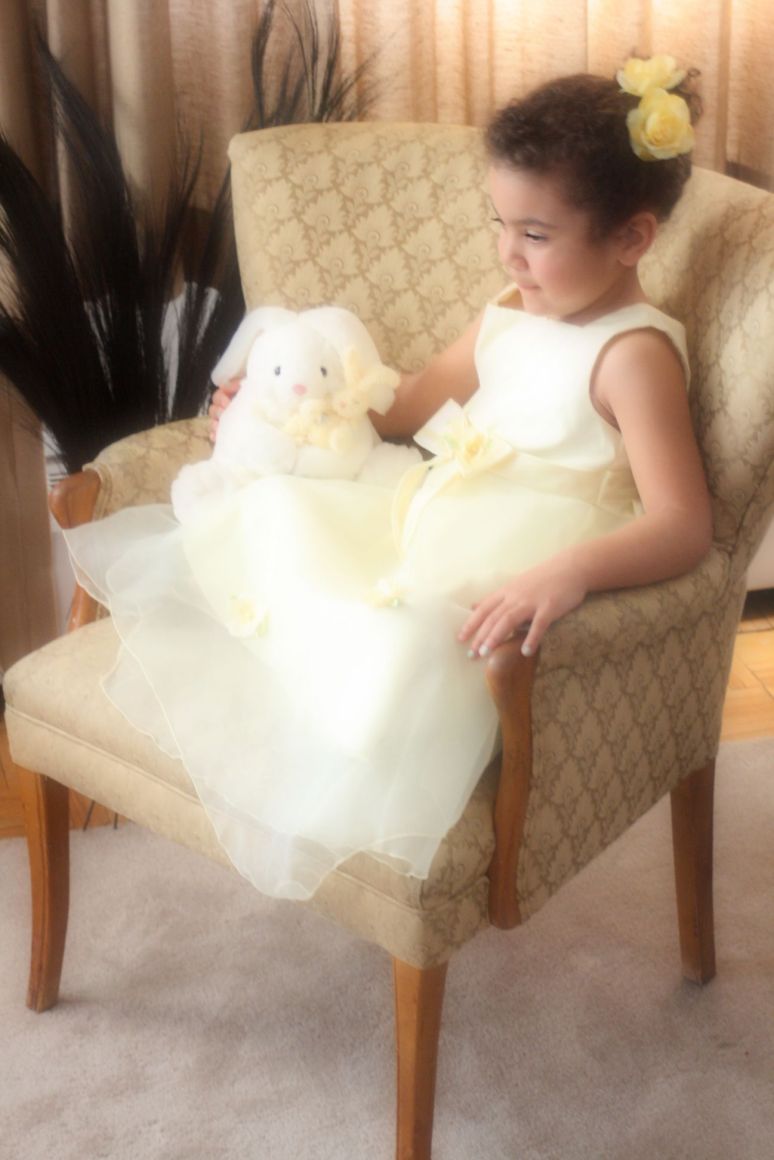 My mother had never seen me at work with photography, only illustration. As I was setting up, she told me that she didn’t know that I did photography. Of course she did, that was her way of telling me that she didn’t think that I still took it seriously because she certainly never did. So I politely reminded her about the conversation that she and I had more than a couple decades earlier in which I called my first camera “rinky-dink”. She smiled and said she remembered. I told her that this is what it has always really been about. I’ve never been interested in creating images that might look okay stuck to someone’s fridge; I need to make serious art, and that’s exactly what I do. I think she was then just beginning to understand. Still not really respecting but understanding.

She was quite happy about how her portrait turned out, and some weeks later she called me up to tell me that she is proud of me.