“I don’t get it!” this is the decree of some who view street photography as pointless, boring non-art. “What’s the point of taking pictures of average people or average places in average circumstances?” Fundamentally and key to the entire history of SP and its sub-genres, the point is to use the imagery to make visceral but important statements about society. Accomplishing this without boring people to death; however, is easier said than done.

It’s like contemporary music. One of the biggest criticisms of songwriters is that even if the instrumental is captivating, many people may still have difficulty identifying with the lyrics. This occurs either when lyrics are written realistically or surrealistically. The problem is allegedly due to the reality that most songs are written by the performers as reflections or introspections of personal experiences that their audience members were never a part of. The most meaningful connections with listeners are made when the circumstance written about is something that the listener has also experienced or can imagine experiencing at some point in their lives.

While I’m at it, I’d like to say thanks to Horacio Lozano of Sada y el bombón (Sada and Chocolate) who understood and took such a liking to “Emerging from Darkness” that he used it to illustrate his post about a flâneurist walk he took in Spain, and then let me know that he made good use of the picture by linking his post back to Part 4 of this series where he got it from. I very much appreciate your thoughtfulness, Horacio.

Aside from composition, a very good way to make SP have impact on viewers is to produce work as thematic photography. I understand this from my background as an illustrator which involves using visual art to tell stories, as Horacio has done. In the visual arts generally, making thematic art involves broadly expressing concepts through specific forms, styles or genres. For a couple examples, one or more related concepts may be conveyed through a series of impressionist paintings while another set of related ideas are expressed through ceramic sculptures. Concepts in thematic art are typically about life, society or the human condition; perfect for SP. 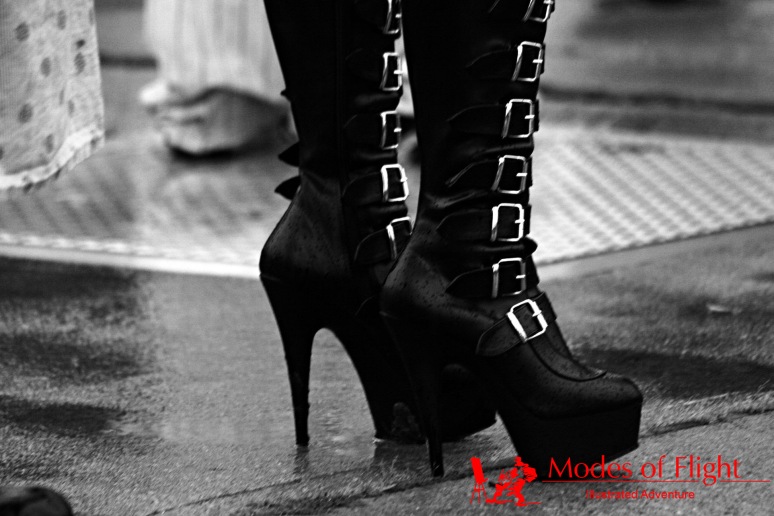 A street photographer might be generally interested in a subject like life in Soweto 20 years after the fall of Apartheid. Hypothetical street photography themes within that subject; therefore, could be:

Some caution must be exercised. Themes of these kinds could easily mislead viewers into assuming that the work is more of a photojournalism assignment, and then cause confusion when the output bears a documentary style that obviously doesn’t adhere to the strict conventions of photojournalism. In the case of a thematic SP project, it will likely be prudent to imply a theme through the work itself and/or by using a simple project title like “Today’s Sowetans” or “Counseling Soweto” instead of stating the theme outright. 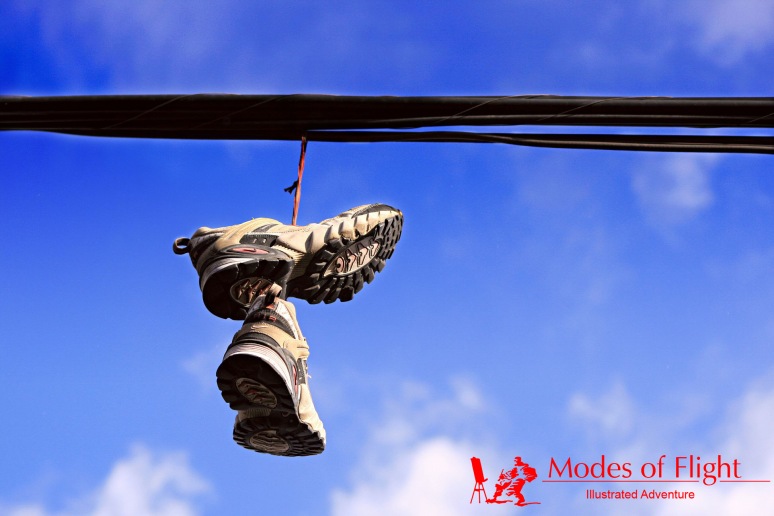 Working by a theme is an extra-personal approach that has the potential to increase the likelihood that a viewer will be able to relate to an artist’s street photography. This is because the work will tell an important story that both the photographer and the viewer can potentially connect to.

I have become more that just someone who makes random street photography, although there’s nothing wrong with that. I am a flâneur with a camera; therefore, my SP is mainly thematic and usually included in focused projects.