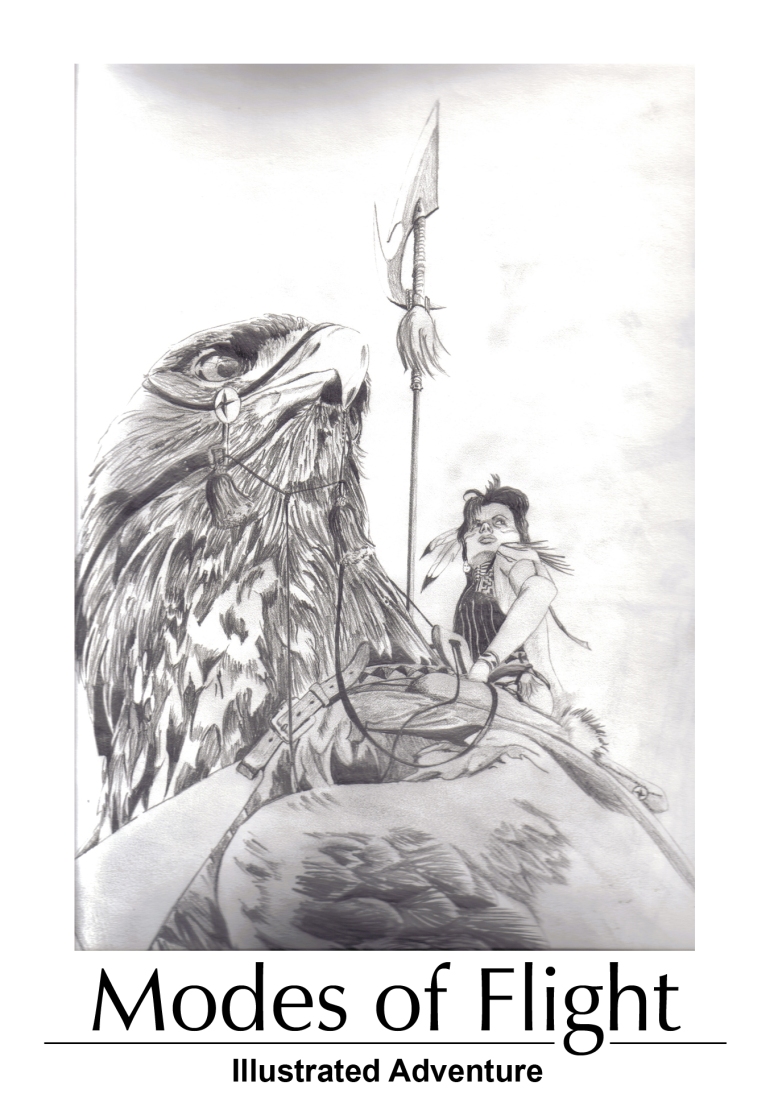 I grew up in the 1970s and 80s with an intense fascination with space exploration, science fiction, classical and contemporary mythology, animals, biology, modern military aviation, comic books, graphic novels, martial arts, performance arts and visual arts. It was important to my mother that her children grew up cultured, so she instilled keen interests in music, literature, journalism, psychology, sociology and multiculturalism in all her children at very early ages. Above all, she raised us with Christian beliefs to ensure that Christ would become, and remain, a central part in our existence. Consequently, it’s no surprise to me that all of these diverse interests have always been filtered through my artwork.

Although a natural artist, I grew up understanding the importance of academia when pursuing a career in commercial arts, and I studied Graphic Design at Mohawk College of Applied Arts and Technology in Ontario, Canada. After college, I began my career as a freelance commercial artist in 1990 by starting ADH Graphics & Illustration. However, over the next eleven years there was greater demand of my skills, from clientele and local galleries, as an illustrator than a graphic artist. With illustration, and writing, being my forte I was content to reduce my status as a graphic artist and promote myself mainly as an illustrator. Thus, was the end of ADHG&I, and the creation of Modes of Flight–the name inspired by an engraving by “the Father of Modern Art”, Francisco de Goya.

I chiefly illustrate my work in the two-dimensional, and I favour realism to most other forms of aesthetic expression–although still appreciating the other styles. I work with a variety of media including graphite, ink, marker, coloured pencil, oil paint and computer graphics. Aesthetically, I want my work to appear unique amongst all others. I also want my illustrations to tell or inspire stories of secular and spiritual adventures, yet encourage thoughts about the intricacies of the human condition. Much of my work is introspective, while some are strictly about the experiences of other people. As a lover of science fiction, many of my images are prophetic.

Photography has always been of significant interest to me, and I first became involved with this profound form of expression as a highschool student in British Columbia. I am game for photographing a wide range of images, but admittedly not brave enough to attempt the capture of certain controversial images that some of the photographers I admire wouldn’t hesitate to shoot. Nevertheless, no photographic subject is as exciting to me as urban photography. Popular photography sources that have influenced me include extremely diverse people and organizations like Markus Hartel, Neil Leifer, Marcello and Angela Bertinetti, Steve McCurry, Annie Griffiths Belt, William Neill, James L. Stanfield, National Geographic Society, Canadian Geographic Magazine, Time Magazine, Life Magazine and others.